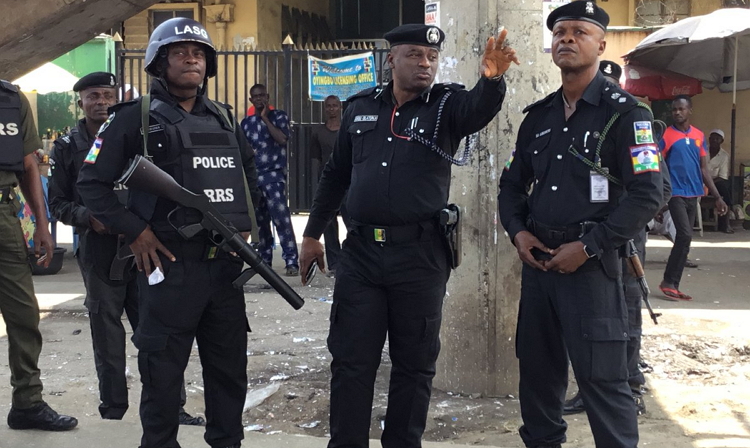 A businessman, Tosin Salako, has crushed a property agent, Akinola Ademola, to death in the Kola area of the Ifako-Ojokoro Local Council Development Area of Lagos State, off the Lagos-Abeokuta Expressway.

PUNCH Metro gathered that tragedy struck when the 45-year-old Salako, who drove a Camry car with number plate MUS 335 FJ, lost control of the vehicle while struggling for space with a Toyota Highlander SUV around 3pm last week Wednesday.

While passersby gathered to mourn the tragic death of Akinola, they condemned Salako’s driving.

It was gathered that Salako had been arrested by the Lagos State Police Command.

An eyewitness, Stephen Ubam, said the accident occurred due to excessive speeding, adding that Salako lost control when the car entered into potholes on the road.

The Anambra State indigene said, “I was coming from my house located at No. 3 Adeniyi Street, beside the Zenith Bank, Kola bus stop, Agbado-Ijaiye, Lagos. I crossed to the other side and  I saw that the driver (Salako) was on top speed struggling with the driver of the Highlander SUV for the lane.

“The way he was driving showed that he did not know much about the road, because he was just entering the potholes. All of a sudden, he entered one of the potholes, lost control of the car, and crushed the man (Akinola), who was by the roadside.

“The man died instantly. So, we took his damaged phone, removed the SIM card and inserted it into my phone and called his wife. When she got to the scene, she was shocked. While crying, she explained that her husband came to her shop and was on his way to withdraw money from the Zenith Bank when he got knocked down. We were also able to call his brother.”

The deceased’s younger brother, Abiodun, said he rushed to the scene of the accident immediately he was informed, adding that his relatives had instructed him to bring Akinola’s corpse for burial.

He stated, “When the people, who witnessed the accident, called me that my brother had been killed, I quickly rushed down there and seeing his corpse lying on the floor was really painful. It was that white Camry car driver who killed him.

“I have contacted our relatives and we are saddened by the news of his death. We are on our way to bury him today (Tuesday).

When contacted, the state’s Police Public Relations Officer, DSP Bala Elkana, said police personnel, who were mobilised to the scene of the accident after the command received a distress call, arrested Salako and impounded his car.

“When we received the distress call about the accident, we deployed our traffic personnel in the scene of the accident and they cleared the obstruction on the road, arrested the suspect and impounded the vehicle for inspection. The corpse has been evacuated and investigation is ongoing,” Elkana stated.

A statement signed by the Chief Press Secretary to the Governor, Richard Olatunde, noted that the appointment takes immediate effect.

Chief Adeleye, who until the new appointment, was the Commander of the Ondo State Security Network (Amotekun Corps), will however, continue to function in that capacity.

The appointment, the statement noted, is part of the efforts of the Governor Akeredolu to further strengthen the security arrangements of the state, and improve the working relationship between government and security agencies in the state.

While congratulating the new appointee, Akeredolu charged him to double efforts in the fight against crime and criminal elements in the state. 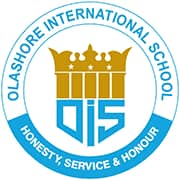 Ms. Azubuike had in December 2021 via a social media post alleged that she was 18 years ago sexually assaulted by 13 of her fellow students in the school. Azubuike who was a student of the school between September 1998 and July 2004 also in her allegation claimed that the school tried to cover up the incident when the case was reported to the school’s management and striped her of her prefectship.

The ex-student in her claims among other reliefs is demanding that;
• The school makes a publicly apology to her in print and on social media.

• Reinstate the records to show that she was a school prefect in the school and also grant a zoom ceremony where she will be awarded the honors she allegedly earned.

According to a statement issued by Mrs Olapeju Sofowora, Chairperson, Olashore International School Association, the panel which was inaugurated by the Association’s Board of Trustees is charged to examine what truly transpired 18 years ago and make recommendations as considered fit.

The panel is expected to commence sitting immediately and conclude their inquiry within 8 weeks.

The killing was the second attack on the Odetola family in less than three months.

It was gathered that Mr Odetola and one other aide were killed within a month.

While the monarch was burnt beyond recognition, his brother, who was also attacked months ago, was allegedly hacked to death by the assailants.

The attack on the monarch allegedly happened around 11:00 a.m. on Monday.

A resident of the community, who does not want to be named for security reasons, said the only possible case of the attack is the crisis bedeviling the throne of the deceased monarch.

It was gathered that the tussle of who becomes the next Olu of Agodo is between the Ake and Owu dynasty in the village.

Confirming the incident, a sister of the late monarch, Adenike Akintade, said their younger brother was recently killed in the same manner.

“I have just been discharged from hospital early this morning, only to start mourning the brutal assassination of my brother.

“Kabiyesi called me on Saturday, urging me to reduce my activities, saying stress could contribute to my illness.

“He lost his younger brother to the imbroglio some months ago; the young man was butchered by the so-called hoodlums. Today, Kabiyesi is no more, what a world.”

Contacted, spokesperson of the Ogun state Police command, Abimbola Oyeyemi, said it was only the traditional ruler who was killed.

He added that the State Commissioner of Police, Lanre Bankole, was at the scene of the incident on Monday to assess the situation.

“Yes it is true. Only the Oba was killed, I am not aware of the other people claimed to have been killed. He was burnt in his car after he was killed.

“The Commissioner of Police was there today to assess the situation and as we speak the place has been deserted. But we are trailing the perpetrators and we shall bring them to book.”

Nigeria is currently battling a wave of crime, violence and insecurity across swathes of the country despite efforts by security agencies to stem the tide.