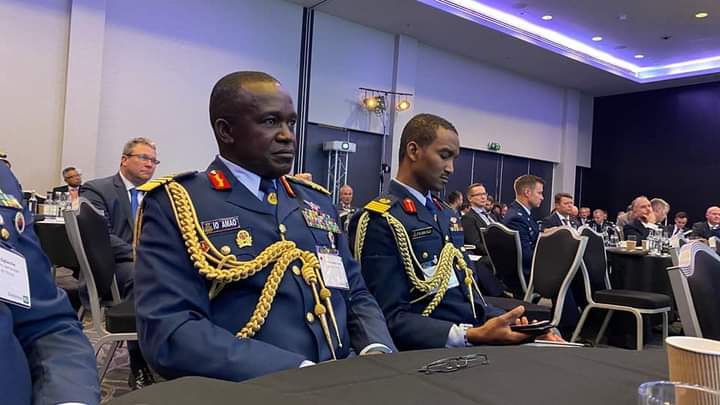 The Chief of Air Staff (CAS), Air Marshal Oladayo Amao, has disclosed that the Nigerian Air Force (NAF) has taken measures to enhance its airpower capabilities for the conduct of irregular warfare and counter-terrorism in support of surface forces. Some of these measures, according to the CAS, include doctrinal development and human capacity building as well as aircraft and equipment acquisition and sustenance. Air Marshal Amao disclosed this while delivering the keynote address at the International Fighter Conference 2021 held in London, United Kingdom.

A statement credited to the Director, Public Relations and Information, Nigerian Air Force, Air Commodore Edward Gabkwet, said in a paper titled, “Operational Insights, Current Capabilities and Future Priorities of the NAF”, Air Marshal Amao noted that sustaining air power capabilities, given its diverse nature, was a challenge for the NAF in the past. Even more challenging was the drive to ensure the availability, responsible use, and effectiveness of critical airpower capabilities for counterterrorism and counterinsurgency. To address these challenges however, the CAS stated that measures such as the development of an operational doctrine to guide all operational commanders, staff and personnel were emplaced. The NAF doctrines are also expected to stimulate reflective, critical and creative thinking, engender best ethical practices and foster professionalism in employment of our airpower”, he said.

Speaking further, the CAS observed that in efforts at enhancing and sustaining critical airpower capabilities required for joint employment, the NAF has accorded considerable energy and resources towards the development of the most critical component of its fighting power, the airmen. He went on to state that the NAF has also ensured that its trainings are deliberately targeted to address knowledge deficits and manpower needs as well as enhance the professionalism of the airmen. Air Marshal Amao also noted that with the support of the President Muhammadu Buhari-led administration, the NAF has acquired several platforms including trainers, rotary wing aircraft, unmanned aircraft systems and fixed wing aircraft. “Through this support, the NAF has since 2015 flown over 40,000 combat and combat support hours in operations against terror groups, insurgents, bandits and other armed militants across the country”, he said. While analyzing Nigeria’s security environment as well as the main threats to national security, the CAS informed the gathering that the capacity of terror groups in the country has largely and significantly been degraded. He however noted that the threat posed by terrorism would require a far greater and comprehensive approach in collaboration with contiguous states and international partners.

In projecting into the future, Air Marshal Amao stated that he envisions a NAF that is well equipped and postured to adequately contend with threats and challenges in a digital environment. He is also optimistic that the NAF of the future would seek additional capabilities that would allow it to engage adversaries in the digital and information environment, whilst still prepared to respond to humanitarian needs occasioned by climate change. The CAS however stated that for these to be actualized, the NAF must immediately begin to improve on educational standards and enable creativity in the mindset of the airmen. According to him, “We must deliberately keep pace with technology, albeit in a cost-effective manner, within the wider context of aerospace power. We must acquire capabilities to enable us operate in a digital environment, which state and non-state actors are likely to find more attractive.”

The International Fighter Conference is a yearly event now in its 19th year. It has over the years built a reputation as the world’s premier event for all elements of the fighter aircraft community with attendance spanning from all over the world. This year’s edition, which had in attendance over 200 participants, specifically dwelled on the utility of combat air, air-integration into multi-domain operations, and continuing interest in both next generation and light attack platforms. 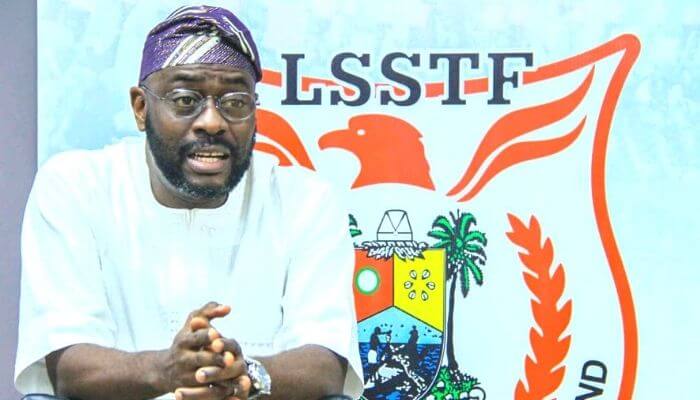 The Executive Secretary/CEO of the Lagos State Security Trust Fund (LSSTF), Dr. Abdurrazaq Balogun, has paid a visit to the Equipment and Protective Applications International Limited (EPAIL) mega factory, with the Chairman/CEO of EPAIL expressing delight at the Fund’s visit while conducting his guest on a tour of the facility.

During the visit, the ES witnessed the production of security equipment such as armored hard body for vehicles, ballistic plates, helmets, vests, etc. from scratch using locally sourced materials. A test was also conducted on one of the locally made crowd dispersal water cannon and other crowd control equipment.

Speaking on the visit, Balogun said: “The security challenges in the state continue to increase as a result of the harsh economic situation in the country hence the visitation which was in furtherance of the Fund’s commitment to continue to source for and provide the required equipment and home grown state of the art security gadgets and technological solutions that meet international standards, fit for our terrain and useable by security agencies to combat crime in the State.”

The LSSTF CEO also commended EPAIL Nigeria for its outstanding work and contributions in the area of security, noting that “The importance of a strong and formidable security outfit cannot be overemphasized as it is one of the hallmarks of a thriving society.  As we approach the 2023 general elections, it is critical that we strengthen our security agencies to enable them proactively combat crime and maintain law and order in the State, therefore we call on our donors to do more by way of contributions in cash or kind to the Fund towards improved security in the State in our collective self-interest”.

Subsequently, the Chairman of EPAIL thanked the Executive Secretary of the Fund for his visit and pledged his continuous support to the Fund. 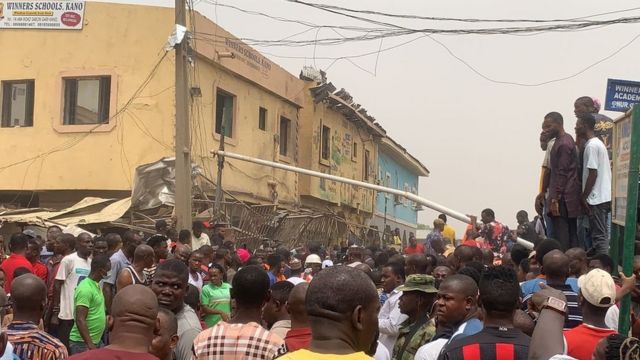 Many are feared dead after an explosion on Aba Road in the Sabon Gari area of Kano State.

While details of the blast are still sketchy as of the time of filing this report, visuals from the scene showed that many buildings, one of which is suspected to house a primary school, were affected.

One of the videos that surfaced online also showed injured schoolchildren being moved from the scene of the incident.

Parents were also searching for their children.

One of them was heard shouting “my children”.

Meanwhile, the Kano State Commissioner of Police, Sama’ila Dikko, has clarified that gas and not a bomb exploded in the state on Tuesday morning. He made the clarification during his visit to the scene of the incident.

Dikko, who spoke in Hausa, also confirmed that four persons were dead. 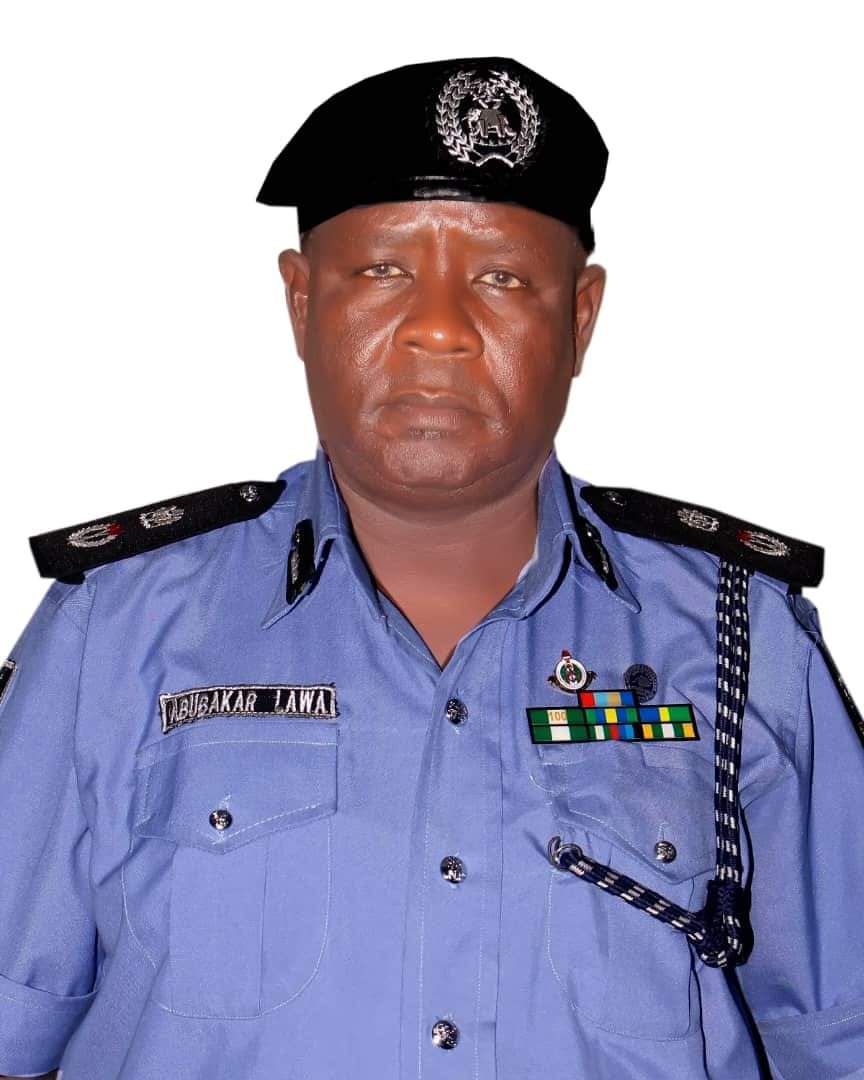 The Enugu State Police Command has said that the news making the rounds in the closure of Ogui and Trans-Ekulu police stations is fake, urging the public the disregard the false publication.

A statement by the Command’s PPRO, ASP Daniel Ndukwe, and made available to the National Association of Online Security News Publishers (NAOSNP), quoted the Commissioner of Police, Abubakar Lawal as describing the story as not just unfounded, and a figment of the publisher’s imagination, but also a misinformation targeted at creating panic among peace loving citizens of Enugu State.

The statement also expressed the CP’s resolve to continue to “deliver the statutory mandates of the Nigeria Police Force in the State, including ensuring that Police Stations remain opened to members of the public and maintain robust crime detection/prevention patrols and visibility policing of their assigned areas of responsibilities.”

CP Lawal therefore, urged the “general public and residents of Enugu State in particular, to disregard such untrue publications and continue to promptly report security situations and criminal activities to Police Stations nearest to them, noting that Police Stations in the State remain open to the general public on a twenty-four hour a day, seven days a week (24/7) basis.”