PUNCH Metro gathered that the incident happened around 11.30pm on Friday in the Surulere area of the state.

The victim was said to be in front of her parents’ house on Mogaji Street, Ijesha, Surulere, when some anti-robbery officers from the SCIID stormed the community.

A community leader, Onikeku Adedayo, said one of the cops approached him and demanded what he was doing outside by that time.

“I told him that I was in front of my house and I am a community leader. He said it was too late and I should go inside. I and a few others around me left. Not less than three minutes later, I heard a gunshot. I heard her sister scream that she had been shot. The policemen fled the scene immediately,” he added.

Adedayo said the victim was hit by a bullet that penetrated her two thighs, adding that she was immediately drenched in blood.

He explained that Monsura was rushed to a private hospital in the community, where she was rejected.

He said she was taken to the Randle General Hospital, where she was given first aid.

“By that time, she had collapsed and could not talk. The hospital placed her on oxygen and tried to stop the bleeding. They said they could not continue the treatment because her bones had been shattered by the bullet and she needed orthopaedic treatment.

“We were referred to either Igbobi Orthopaedic Hospital or Gbagada General Hospital. When we got to Igbobi, she was almost gone and we decided to take her to a private hospital, where she was confirmed dead. Although she was confirmed dead around 1.30am on Saturday, I believe that she died within 30 minutes of the shooting,” Adedayo added.

Another resident, Ismail Oguntoyinbo, said the policemen were from the SCIID, adding that they made an entry of their presence in the community at the Ijesha Police Station.

He said after leaving sorrow, tears and blood in their trail, they did not book their exit from the area.

“The Ijesha DPO said the policemen came to his station to report that they wanted to investigate some people they arrested and he gave them the go-ahead, but he never knew they came to raid. The DPO refused to disclose their identities,” he added.

PUNCH Metro gathered that Monsura was the third of three female children and filled Mass Communication and Accounting as her first and second choices in her Unified Tertiary Matriculation Examinations  form.

She reportedly scored 236 in the UTME and was awaiting admission when she was killed.

Her remains were said to have been deposited in the Military Hospital morgue, Yaba.

“She ran inside the house when there was commotion outside, but one of the policemen shot her.

“Her mother fainted more than five times on Saturday after getting the news that she was dead. We were processing her admission when she was killed,” Oguntoyinbo said.

The victims’ parents were too distraught to speak to our correspondent.

Monsura was still in the colourful off-shoulder gown in which she took snapshots earlier that day.

Her sister, Tosin, told PUNCH Metro that the family would take legal actions against the police.

While demanding justice for her, she described the deceased as honest, respectful, loyal and industrious.

Four Children Who Died After Eating Suya Buried in Umuahia 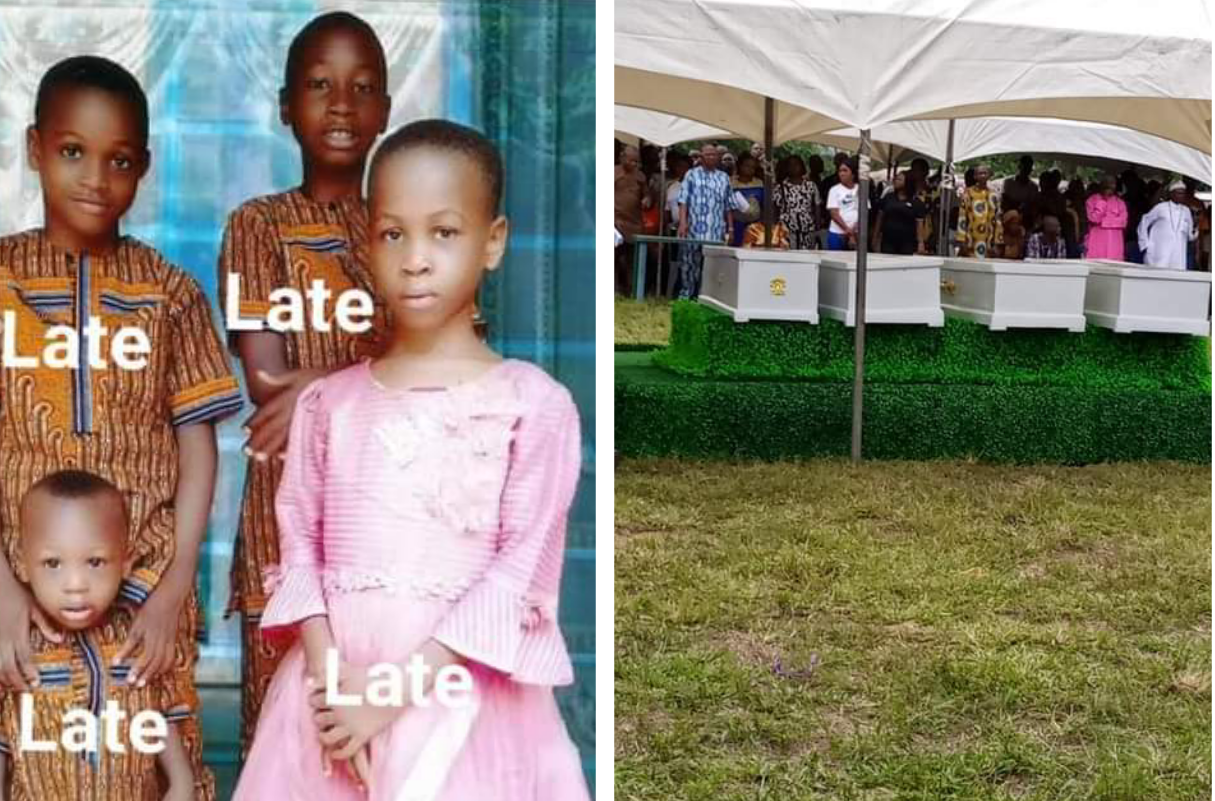 Tears flowed on Saturday as four of the seven children who died after allegedly eating Suya were buried in Umuahia, the Abia State capital.

The children died on August 25.

PUNCH Metro learnt that the actual cause of the death was still being investigated.

Speaking at their funeral on Saturday, the Bishop of Goodnews Pentecostal Church, Umuahia, Ugochukwu Ogbonna, urged their parents to take heart.

While speaking on the topic, ‘The journey of this life and the call of eternity,’ Ogbonna maintained that everyone is a sojourner on earth and no one knows when he will die.

The cleric lauded the victims’ father, Ikwunze Chibuzor, and his wife, for showing the kids the way of the Lord, as he prayed God to grant their souls peaceful rest.

In his remarks, the President General of Ohuhu, Chief Obi Aguocha, urged the parents and relatives of the kids to be strong at their difficult time.

He said, “It is painful to wake up one day and lose your entire family. People lose one or two, but not four. It should not happen again.

“Children are supposed to bury their parents; but their father is giving back to God what He gave to him.”

He disclosed that the clan gave the family the sum of N4.8m “and something else for the children that would come afterwards.”

While appealing to the bereaved couple to see their fate as the beginning of a new life, he called on members of the community not to forget the family.

At the funeral, a member representing the Ikwuano/Umuahia Federal Constituency at the National Assembly, Ifeanyi Onuigbo, who was represented by Henry Eleogu, promised to stand by the family, just as he prayed God to grant them the fortitude to bear the loss.

Speaking, the bereaved father, Ikwunze, thanked all those who supported his family through financial means and words of encouragement.

He revealed that amid speculations that his kids died after eating Suya or inhaling generator fumes, autopsy results on the deaths would be out in the next two weeks. 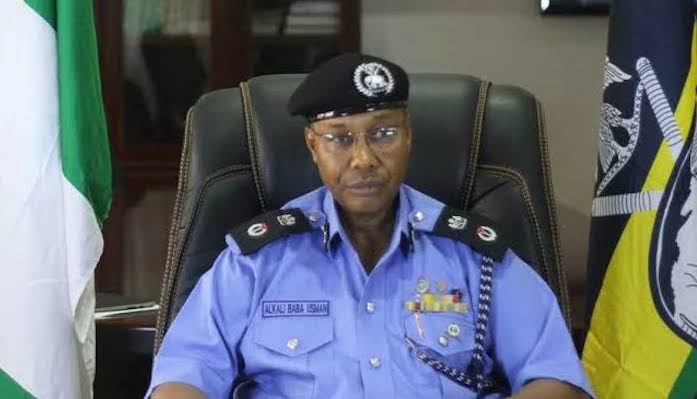 The Kaduna State Police Command on Thursday said it arrested kidnappers of students of Greenfield University and students of the Bethel Baptist High School, all in the state.

Also in the police net are kidnappers of the 37 students of the Federal College of Forestry Mechanisation, Afaka, in Igabi LGA of Kaduna State.

Both the Greenfield University and the Baptist Bethel High School are located in Chikun LGA of the state.

While parading suspects on Thursday at the Command’s Headquarters along Bida Road in the state capital, the Command’s spokesman, Mohammed Jalige, also announced the arrest of the suspected killers of 36-year-old Captain Abdulkareem Na’Allah, a pilot and son of Senator Bala Na’Allah.

Jalige said one Usman Mohammed from Bukuyum in Zamfara State was apprehended by operatives of the command in connection with the kidnap of the students of Greenfield University, Federal College of Forestry Mechanisation, Afaka, as well as Bethel Baptist High School, all in the state.

He said, “On the 29th August, 2021 at about 0900hrs, based on credible information, Operation Yaki Surveillance team with FIB STS Force Headquarter, Abuja, jointly raided a house along Ring Road, Asikolaye area of Kaduna, where one Usman Abubakar, ‘m’ 41 years old, a native of Adakpa village, Bukkuyum LGA of Zamfara State, a notorious kidnapper terrorising Chikun, Igabi and Giwa LGAs of Kaduna State, was arrested.

“He confessed to have kidnapped many people and collected several ransoms; he also has links with recent attacks on Greenfield University, Bethel Baptist Academy and School of Forestry Mechanisation, Mando, Kaduna.”

Speaking on the killers of Na’Allah’s son, the police spokesman noted that two of the three members of the gang that killed the pilot were in the custody of the command while one was at large.

He named one Bashir Mohammed, a neighbour of the slain pilot as principal suspect, while identifying another suspect as Nasir Salisu, also known as Uban Dana, adding that the third suspect, one Usman Kano, was at large.

Jalige explained that the three suspects conspired, broke into the house of Captain Abdulkarim and killed him before taking away his SUV vehicle and other valuables.

He added that the suspects sold the late pilot’s SUV vehicle in Republic of Niger at the cost of N1m.

Benin Woman Who Had Three Children with Her Son, Deported 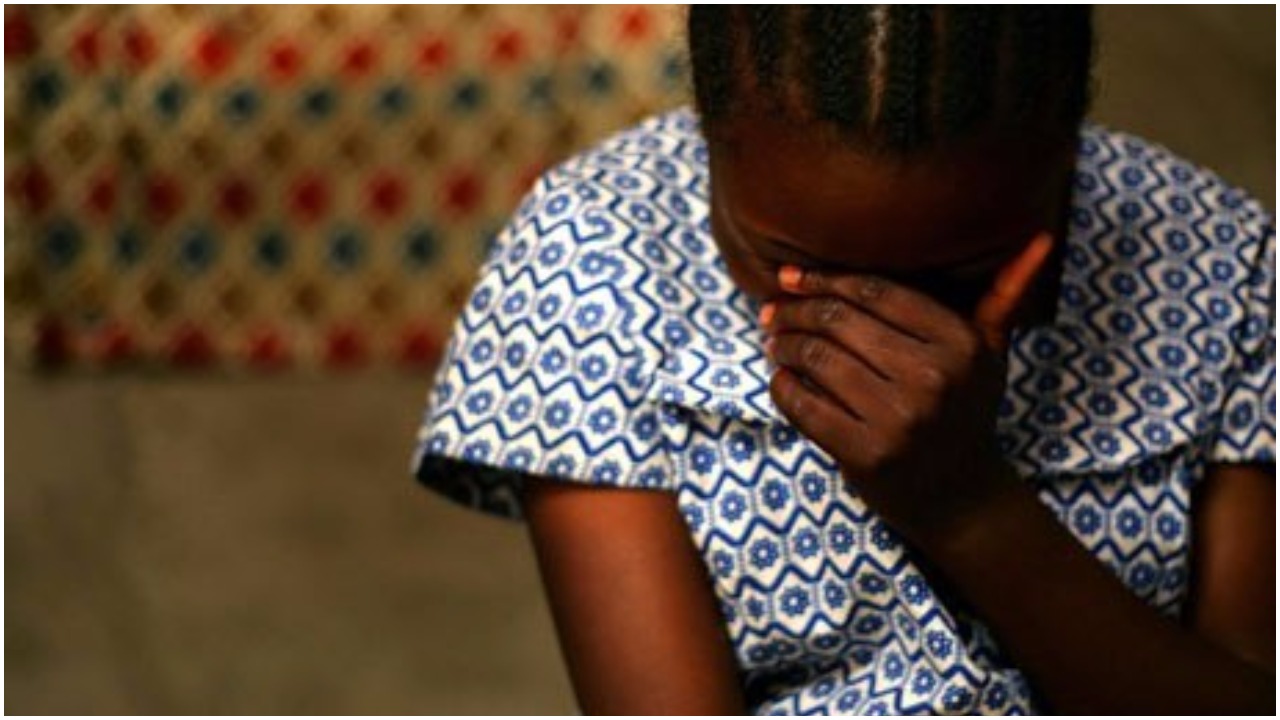 There are indications that the Benin Republic woman, who allegedly had three children for her son and has been sexually involved with another, has been deported.

Fati Sime was deported along with her first son, Adamu, with whom she allegedly had three children.

However, the second son, who reportedly caught his brother in a sex act with their mother in their farm in the Kiama area of Kwara State and out of jealousy provoked a fight that blew opened the scandal, has been on the run.

Operatives of the Nigeria Security and Civil Defence Corps (NSCDC), Kwara State Command, had arrested Fati and her son on the allegation of incest.

The arrest followed a complaint lodged by the district head of Mose community in Kaima Local Government Area.

Spokesman for Kwara State Command of the NSCDC, Babawale Afolabi, confirmed that the incestuous relationship between Fati and her son, Adamu had resulted in the birth of three children.

That is besides the 11 children she had for her husband, Adamu’s father.

Afolabi, while confirming the deportation of the incestuous duo, said: “Fati and her first son, Adamu, were deported on the directive of the Commandant after the investigation, and handed over to the Benin Republic operatives at the border.

“But during investigation, Adamu confessed that he has been having carnal knowledge of his mother for seven years.”

Meanwhile, he second son, had in a fit of jealousy provoked a fight when he discovered his mother and brother engaged in a sex romp in their farm.