Skills and talents aren’t in recess in any sector or industry, more so the Nigerian music industry. The entertainment space over the years has seen many new acts take the stage, woo the crowd and fade away almost in an instant. This certainly is owed to many factors, but one dominant cause has been the unfavorable relationship between a performing artist and their record labels or management team.

Equally there are a lot of talents present in the Nigerian entertainment space, so is there a good amount of record labels and management teams that support and manage these artists, which evidently proves there is more to music than just recording sounds over a beat, that’s what is called the Business of Music.

With the recent economic downturns and with the country still battling the effects of the COVID-19 pandemic, many business sectors, groups and teams in the music industry have equally experienced a recess, but a handful have been able to thrive regardless. One notable team is Playnation Entertainment, led by Collins Oviawe, also known as Governor of Africa (GOA).

Playnation Entertainment is a record label and entertainment brand that started out in Southern Nigeria. The group was founded by it’s CEO, GOA, who is an executive producer, creative artist and entertainment event planner. With his knowledge in Finance and Accounting, his course of study at Delta State university, he has led the group effectively through the times.

Speaking recently in an interview on how he’s been able to thrive with his team, GOA says while many factors contribute to growth, a firm understanding of the business landscape is always a huge plus.

He says “the Nigerian music industry has a model, and to summarise it without getting too technical is the money follows the attention, which I’ll agree is the same with every entertainment space around the globe”. He attributes this reason to being a major drive to his team’s recent collaborations with major acts in the music industry, such as Davido, Peruzzi, DJ Neptune among others.

Curvy Lady Proposes to Give Her ‘Thing’ to Wizkid

Controversial relationship blogger, Blessing Okoro, recently got her followers on social media talking after dropping a few words on her Instagram page.

Blessing Okoro stated that some marriages would have been dead and buried had it not been for the introduction of side chicks.

Giving reasons to her claims, the vlogger revealed that most wives take their marriages seriously because they might lose their husbands to side chicks.

You Must Clean the Toilet or No Sex for You, Woman Threatens Husband

A man has revealed on social media the conditions his wife gave he could have sex with her. The list of chores his woman gave him have detailed instructions on cleaning the bathroom of their apartment, without which there will be sex.

The woman specified that she will open her ‘pum pum’ for him that night only if the tasks are completed.

Ifu Ennada took to Instagram to advice women to get their men cheap gifts this coming Valentine’s Day.

The former reality star told women that sex, singlets, and boxers are not Valentine’s Day gifts.

She added that she cannot suggest for women what they should get for their men because she has no idea what men want.

She explained that if she knew what they want, her ex won’t have left her to marry the woman he told her was his distant cousin.

She further stated that only “awesome boyfriends ” should be given tangible gifts, not “lying ass cheating bastards”.

Read her posts below. 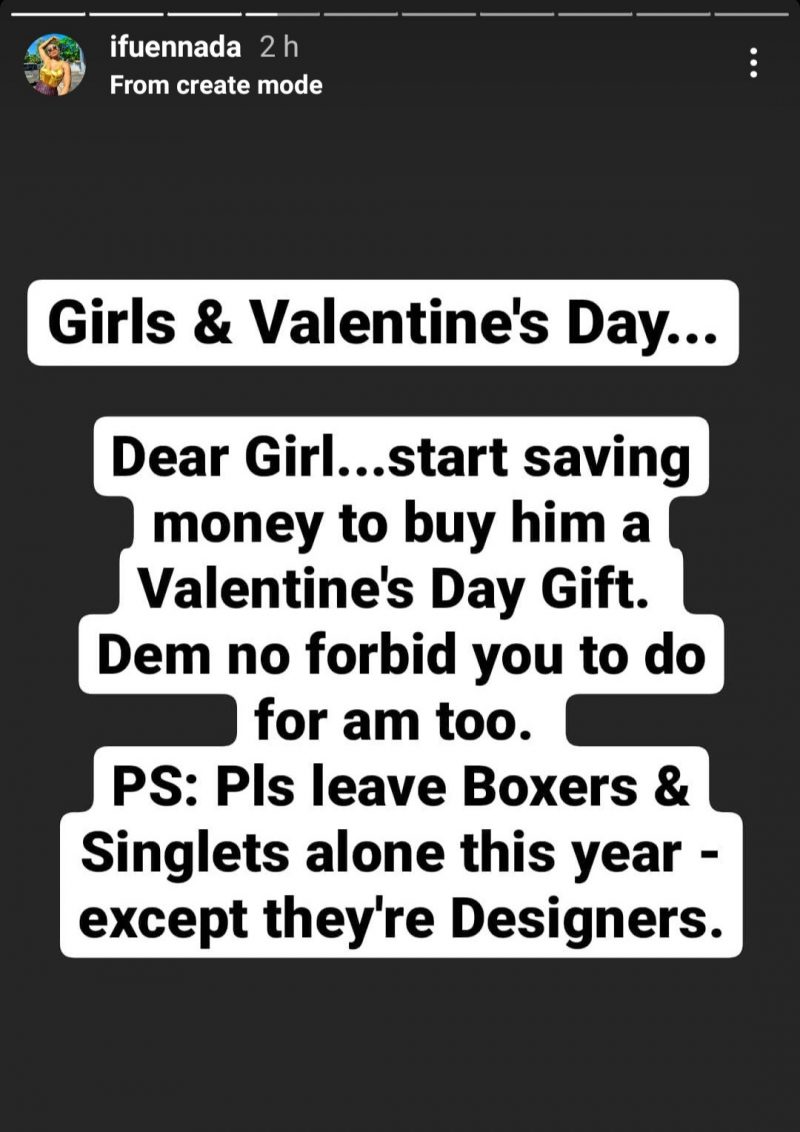 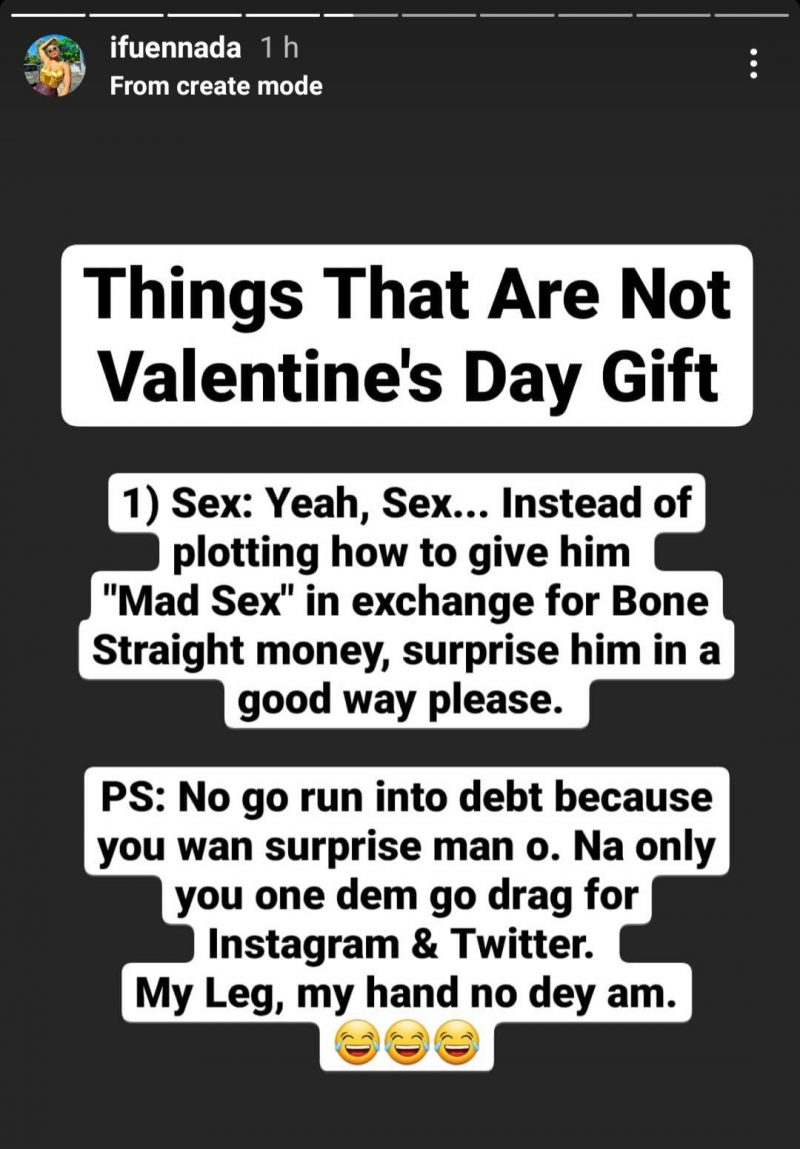 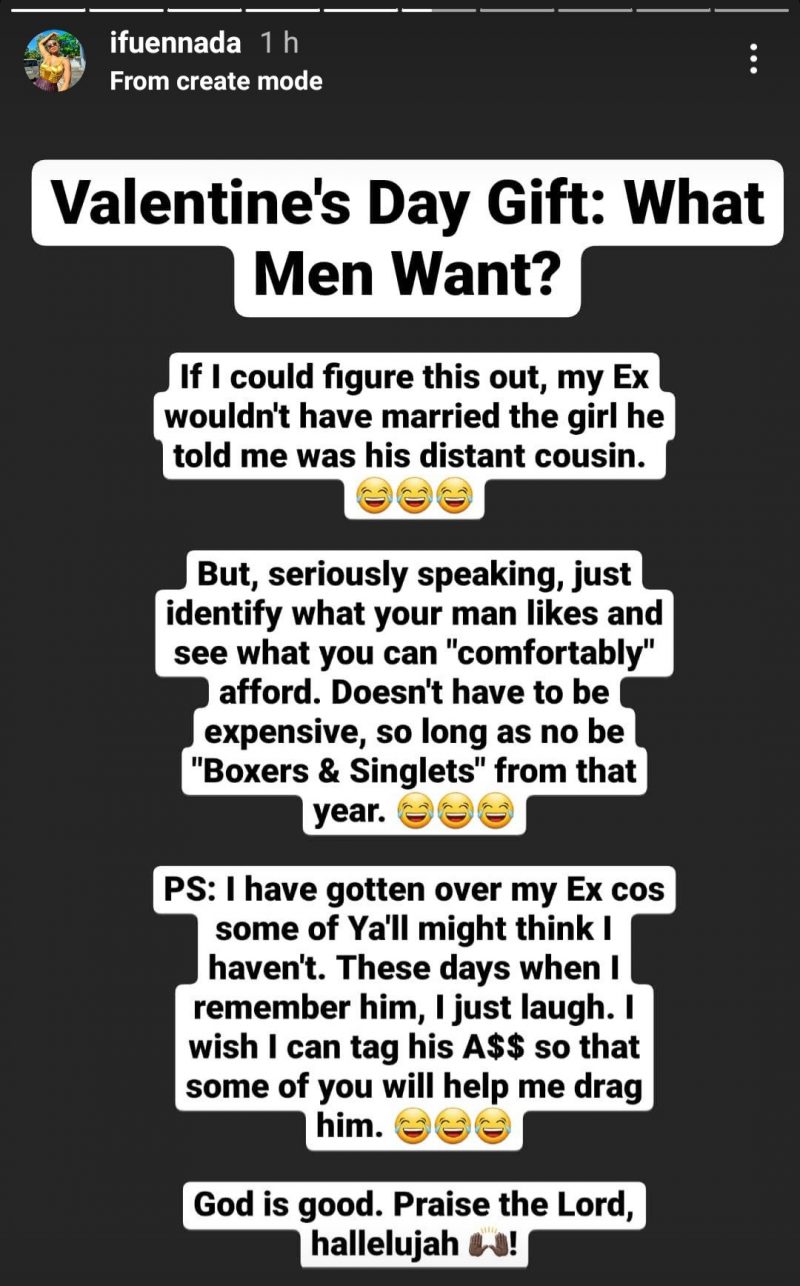 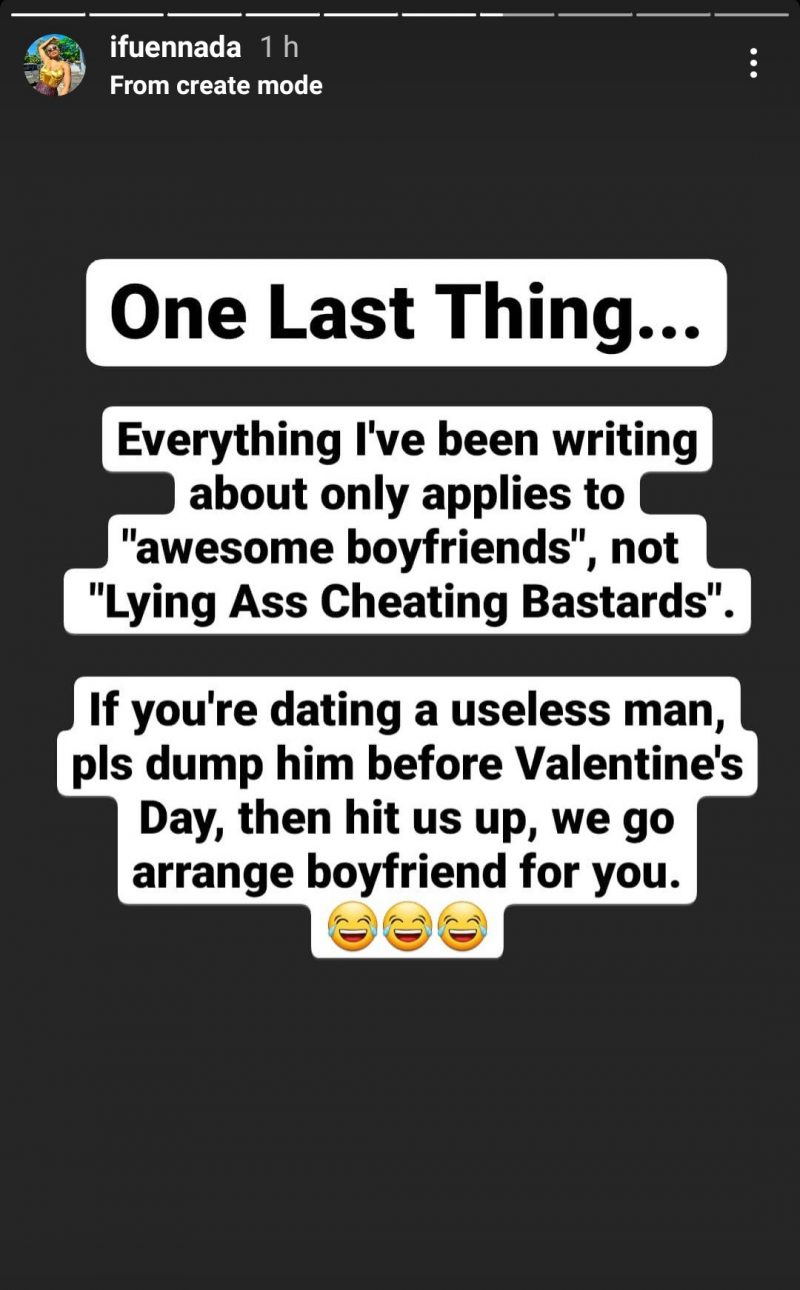 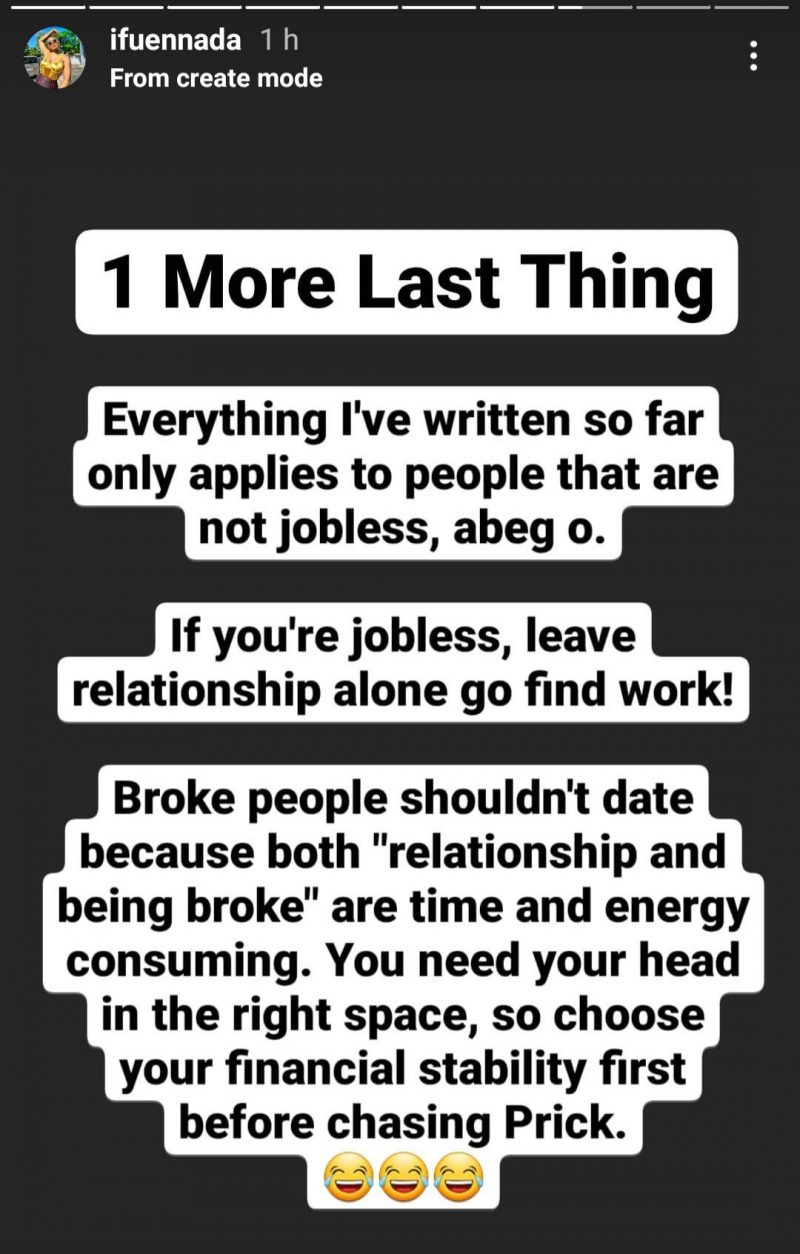