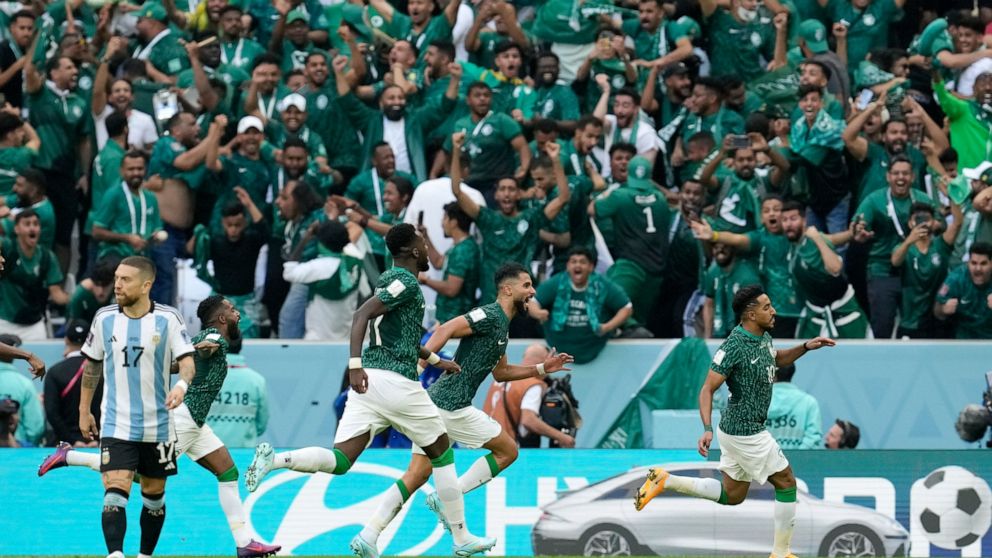 Saudi Arabia have declared a national holiday following their shock 2-1 win over tournament favourites Argentina in their Group C opener at the Lusail Stadium on Tuesday, at the ongoing 2022 World Cup in Qatar.

The fifth game of the 2022 World Cup in Qatar produced one of the biggest shocks in the competition’s history as the Saudis stunned their more illustrious foes.

The South Americans were one of the huge favourites ahead of the tournament following a 36-game unbeaten run, while Saudi Arabia were the lowest ranked in 51st place.

But a stunning second-half comeback from Herve Renard’s side left Lionel Messi and co humbled in their first game at the Middle East showpiece.

A tweet from the Saudi Press Agency said the day would be “a holiday for all employees in all government sectors and private sector, and students in all educational stages.”

Saudi Arabia have not progressed beyond the World Cup’s group stage since doing so on their tournament debut in the United States in 1994, but Herve Renard’s men could now take a huge step towards replicating that feat when they face Poland on Saturday.

While Ighalo currently plays in the Saudi Pro League with Al Hilal, Super Eagles captain Musa had two successful seasons with Al Nasar, where he won the Saudi Professional League and Super Cup in 2019.

Following the famous win over Argentina, both players took to social media to congratulate Renard’s side.

On his Twitter page, Musa also wrote, “Congratulations to my Saudi Arabia Fans.”

Both sides are in action again on Saturday, with Argentina taking on rivals Mexico and Saudi Arabia facing Poland.

Poland and Mexico played out a goalless stalemate on Tuesday, thus ensuring the Saudis lead Group C with three points, while the Polish and Mexicans are joint second. The argentines occupy bottom place.

Senegal have become the first African country to win a game in the ongoing World Cup after a 3-1 win over the host nation, Qatar, on Friday.

With Senegal’s win, the hope of the host nation appears to be hanging, as their qualification to the next round is becoming really slim.

Goals from Boulaye Dia, Famara Diedhiou and Bamba Dieng were enough to beat Qatar, who will be eliminated if Group A leaders, The Netherlands, avoid defeat to Ecuador later on Friday.

The leader of the Indigenous People of Biafra, Nnamdi Kanu, has sued the Director General of the National Intelligence Agency, Ahmed Abubakar, for imprisoning him (Kanu) in Kenya for eight days, before his extradition to Nigeria.

The special counsel to the IPOB leader, Alloy Ejimakor, disclosed this on Wednesday morning, via his Twitter handle, were he posted a pictures containing the suit filed, where he described Kanu’s detention in Kenya as “false imprisonment.”

Ejimakor said the suit was prompted by new evidence gathered implicating the DG beyond the “infamous extraordinary rendition.”

Ejimakor said, “Yesterday (Wednesday) I filed a suit against Ahmed Abubakar, the DG of National Intelligence Agency (NIA) for his eight days ‘false imprisonment’ of Mazi Nnamdi Kanu in discovered evidence that implicated the DG/NIA beyond the infamous extraordinary rendition.”

According to the suit, the court gave Abubakar 14 days to appear or be represented in court, adding that failure to show up would mean that judgment would be given in the DG’s absence.

The suit filed in the High Court of Abia State reads in part, “You are hereby commanded that within 14 days after the service of this Writ on you inclusive of the day of such service, you do cause an appearance to be entered for you in the Umuahia Judicial Division of the High Court in Abia State in an action at this suit of Mazi Nnnamdi Kanu….and take notice that in default of your so doing, the claimant may proceed therein and judgment may be given in your absence.

“(ii) A declaration that the defendant acted in bad faith and/or abused his public office in falsely imprisoning the claimant at the said location in Kenya. (iii) An order of this Honorable Court directing the defendant to pay the claimant the sum of N20,000,000,000.00 (Twenty Billion Naira only) being general and exemplary damages…”

This comes just few days after Kanu’s N20bn suit against the Attorney-General of the Federation, Abubakar Malami was thrown out by the Federal High Court in Abuja.

The Story Behind Peter Obi’s Grounded Plane in Lagos 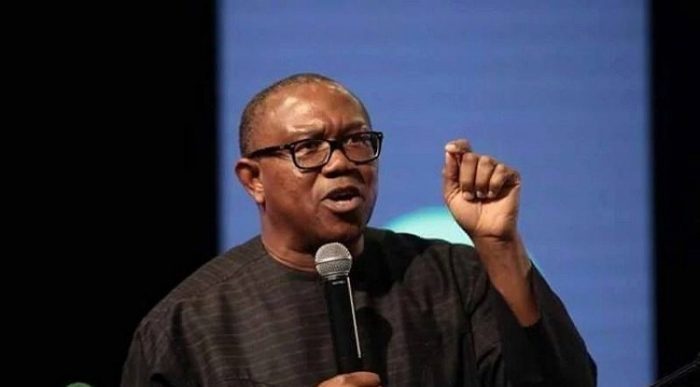 There was a mild drama at the Lagos airport on Wednesday when supporters of the presidential candidate of the Labour Party and some party chieftains were prevented from boarding a campaign plane for their rally in Ibadan, Oyo State capital.

The Deputy Director-General and Campaign Manager for LP Presidential Campaign Organisation, Oseloka Obaze, was the first to raise the alarm following a report that the plane had been grounded.

The former Nigerian diplomat took to his verified Twitter handle on Wednesday to tweet that the ‘Obi-dent aircraft’ was grounded by the ‘powers that be,’ citing “regulatory reasons.”

When contacted, the National Chairman of the party, Julius Abure, confirmed the report.

He said, “We have just finished our rally in Ibadan. It is true that the plane meant to convey our NWC and NEC members for campaign was grounded by the powers that be. But we were not deterred by the plane that was grounded.

“This is what we have been saying about this country. It is not the first time it is happening. They have been using every opportunity to ensure we don’t get to do anything in this country.”

Also, the Head of Media for Obi-Datti Presidential Campaign Organisation, Diran Onifade, released a statement to express the PCC’s displeasure at the turn of event.

However, in their response, the Nigerian Civil Aviation Authority denied the allegations and explained that the plane belonged to a scheduled operator.

It said, “The so-called grounded plane belongs to a scheduled operator i.e. normal commercial flight. The flight crew of the said aircraft returned to the base on their own to check on an issue that developed soon after it took off.  This is the normal and right thing to do. What they did is what we termed safety precautionary flight measures. NCAA was not involved in this decision.”

Meanwhile, Obi promised citizens that he would not build on tribalism and religion if elected in 2023 and assured them of his plan to secure the country and unite its citizenry.