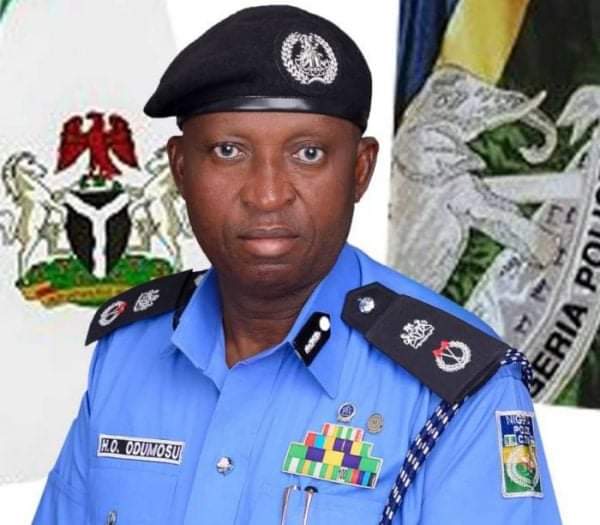 In furtherance of Lagos Police Command’s anti crime measures, operatives attached to the Strike Team of the Command have arrested eleven(11) suspected cultists and traffic robbers who were attacking and dispossessing innocent people of their belonging at Railway Crossing, Ikeja Along, Ikeja-Lagos.

The operatives who responded to a distress call from one of the victims (name withheld), raced to the area and arrested some of the suspects in action while others were arrested at their hideouts around Ikeja Along.

A statement signed by the Public Relations Officer, Olumuyiwa Adejobi, the suspects have confessed to the crime. The suspects also revealed that they attack their targets with iron rods, guns, cutlesses and charms during operation.

In the course of police investigation, the suspects revealed one of their receivers, one Idris Adamu, m, 42, who was immediately arrested at Alade Market, Lagos State. A gold neck lace of one of the victims and many other suspected stolen items like phones, neck laces, watches etc were recovered from him.

Other victims of their robbery operation on the said date have been identified and assisting the police in their investigation.

The police operatives are presently interrogating the suspects in order to extract more information on their mode of operations, membership and accomplices so as to apprehend other members of the gang and those who conspire with them in committing the dastardly act in the area and across the state.

The Commissioner of Police, Lagos State, CP Hakeem Odumosu, has ordered that the Strike Team profiles the suspects and go after their gang members and conspirators as the command will not spare anyone who engages in any act of criminality, no matter its magnitude.

The Police boss also directed that the Commander RRS, the Commander Taskforce and other tactical Commanders should sectorise the state for easy operation and get rid of traffic robbers and other criminals in order to accord perfect and excellent service delivery as well as effective security to all and sundry in Lagos State. 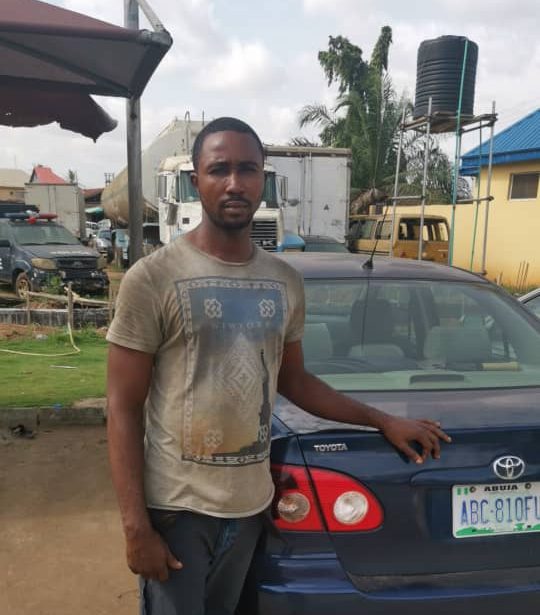 The Lagos State Police Command has reported the arrest of one Ibeh George Udoka, for driving away his principal’s Toyota car to Imo State for sale.

A statement by the Command’s Public Relations Office, Olumuyiwa Adejobi, revealed that the suspect made away with the car when his boss, one Mrs Akinola Ibironke, asked him to deliver it to her machanic. The driver left with the car, and was not since ever since

“On 4th May, 2021, at about 1pm, one Mrs Akinola Ibironke, f, came to Idimu Police Division and reported that her driver by name Ibeh George Udoka, m, whom she handed her Toyota Corola vehicle, with Registration No. ABC 801 FU, to deliver to her mechanic for repairs, on 3rd May, 2021, was not seen and ever since then his phone number had been switched off,” Adejobi said.

He explained further that owing to the diligent efforts of the men of the Idimu Division, the driver was intercepted in Benin and arrested.

“The Police operatives attached to Idimu Division of the Lagos State Police Command swung into action and relayed repeated radio messages to all police formations across the country for possible recovery of the car. Due to the command’s continuous tracking of the driver, the Lagos Police operatives alerted the policemen in Edo State, on 6th May, 2021 and the driver was intercepted with the car in Benin City, on his way to Imo state.

“In response to the call from Edo State Command and in compliance with the directive of the Commissioner of Police, Lagos State, the police operatives from the Lagos State Police Command proceeded to Edo State Command for the recovery and apprehension of the suspect,” the statement read.

Adejobi also said that the Lagos State Commissioner of Police, CP Hakeem Odumosu “has applauded the efforts and synergy between the two Police Commands, Lagos and Edo, in recovering and apprehending the car and the suspect respectively.”

A thorough investigation of the matter towards bringing the suspect to book has been ordered by the Commissioner.

The National Drug Law Enforcement Agency (NDLEA) has carried out a reshuffle of its directors, and renamed its special weapons and tactics team (SWAT).

Buba Marwa, NDLEA chairman, announced the development at a meeting with directors in Abuja.

According to a statement issued on Tuesday by Femi Babafemi, NDLEA spokesperson, all the tactical teams have been merged under one unit — ‘Strike Force’.

“The reshuffling was announced by the Chairman/Chief Executive Officer, Brig. General Mohamed Buba Marwa (Retd), during a meeting with directors at the Agency’s headquarters in Abuja on Monday, 10th May 2021. He said the new movement was to propel the Agency to greater achievements,” the statement read.

“In the new changes which take effect from Tuesday, 11th May, 2021, the former director of administration and establishment, Ezekiel Epeso, becomes the director, technical services; the former head of internal affairs, Sani Ibrahim Sani, becomes the new director of administration and establishment; while Pius Gamde, an assistant director, legal services, is now director, internal affairs/provost marshal of the Agency.

“The former director of technical services, Ahmed Ninigi, has now been moved to a newly created directorate as commander, strike force/director, special duties.

“According to Gen. Marwa, the various tactical and SWAT teams across the commands have been merged and renamed strike force, which will now function under the new directorate headed by Ninigi.”

Speaking on the development, Marwa added that the decision was taken to improve on efforts to address drug trafficking in the country.

“What we are doing now is to reposition the NDLEA to be able to effectively take on the drug cartels and syndicates operating in any part of the country,” he said. 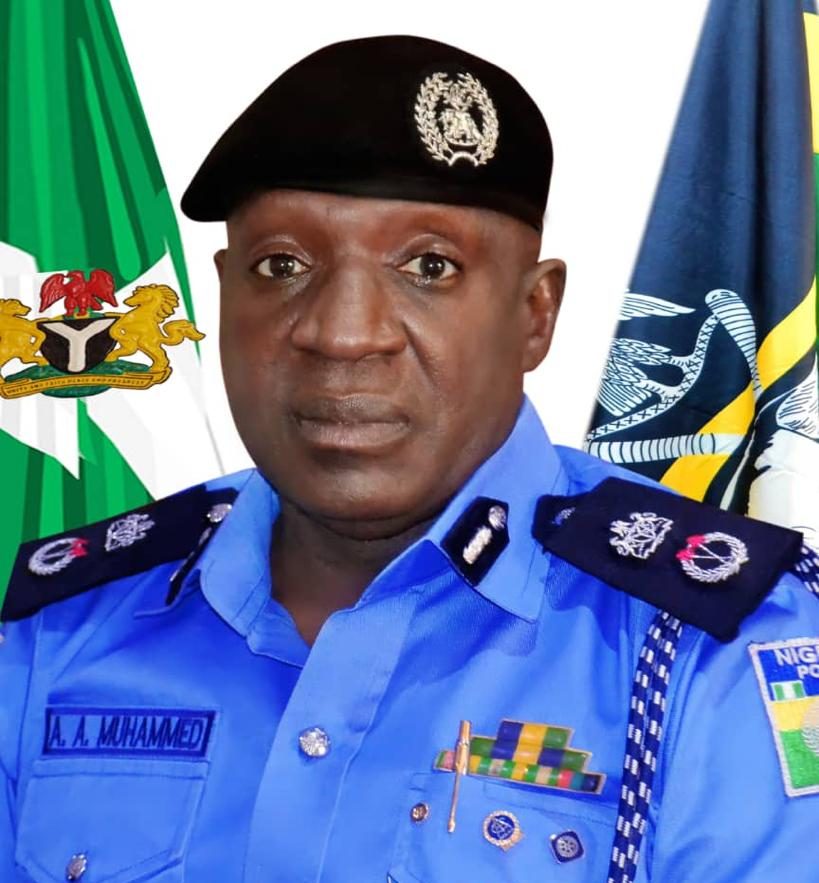 In its efforts to rid the state of crimes and criminal elements, the Delta State Police Command has recorded massive landmarks to checkmate the activities of criminals.

According to a statement by the Command’s PPRO, DSP Edafe Bright, in a space of one week, a kidnap victim was rescued just as there were interceptions of drug and pipeline related crimes.

Bright reiterated the state’s Commissioner of Police warning to criminals to turn a new leaf or vacate the state as there is no hiding place for crime and criminal elements in the state.

Read the statement in details:

1.On the 8/5/2021 at about 2000hrs, information got to the divisional police officer Sapele Division CSP Harrison Nwabuisi that one Jeffrey Emekume ‘m’ 27yrs was kidnapped along Eku Abraka road Eku with his Lexus Jeep sky blue with Reg. No. RSH 716 AX makes a U-turn head to Sapele road. The DPO Sapele swiftly mobilized and led Crack Teams into the bush, The hoodlum who could not withstand the relentless effort of the police abandon the victim and fled. The kidnapped victim was rescued and the Lexus Jeep was recovered. Effort is ongoing to track and arrest the fleeing suspects.

2.On the 9/5/2021 at about 1820hrs, based on intelligent gathered by the divisional police officer ‘A’ division Warri CSP T.Y. MAHMUD, mobilized Rapid Response Team and raided a black spot at Hausa Quarters where one Aliyu Adamu ‘m’ 20yrs was arrested with two hundred and thirty seven wraps of weed suspected to be Indian hemp. Suspect allegedly confessed to be a major dealer in Indian Hemp. Investigation is ongoing.

3.On the 7/5/2021 at about 2240hrs, ‘B’ division warri Patrol team while on patrol around Okumagba Estate sighted a tricycle of two occupants, immediately they sighted the Police team they put off the headlight of the tricycle. As the Police moved closer to the tricycle it was observed that the occupants had abandon the tricycle and ran away possibly to a nearby bush. When search was conducted on the tricycle a locally made gun and live cartridge was recovered while the tricycle with Reg. No. EHR 247 QF was impounded. The bush was comb with a view to arresting the fleeing hoodlum. Meanwhile continuous manhunt is on to arrest and bring them to book.

4.On the 10/5/2021 at about 1030hrs, information was received that mob were attacking three (3) kidnapping suspects who attempted to kidnap a victim whose identity was disclosed at Oghara Junction.

Consequently, The divisional police officer Oghara division mobilized patrol teams and vigilante teams to the scene. And rescued the Three suspects which includes one Onome Efetobore ‘m’ a notorious criminal that has been in a police wanted list, Collins (surname unknown) also a known notorious kidnapper and armed robber who escaped from Benin correctional facility during EndSARS protest and one Glory Reuben ‘m’ also a notorious criminal. They were seriously beaten, rushed to the hospital by the police where they were later confirmed dead at General Hospital Oghara. Exhibits recovered include a locally made pistol and three (3) live cartridges.

The Commissioner of Police advised members of the public to work with the police, and and stay away from jungle justice.

5.On the 8/5/2021 at about 1745hrs, Anti-Crime Patrol of ‘A’ Division Warri while on routine patrol intercepted lorry with Reg. No. BDG 358 YA with five (5) suspects, on searching, the lorry was loaded with one hundred and seventy (170) pieces of 6inchs already cut to various sizes. The suspects are allegedly experts in the act of vandalizing Federal Government Pipeline at Ogulagha Dried Land.