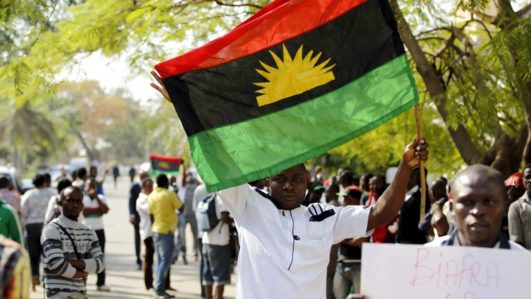 Indigenous People of Biafra (IPOB), led by Mazi Nnamdi Kanu, has assured that it has no plans, whatsoever, to attack Northerners or any other non-indigenes living in Biafran territory.

Reacting to the internal memo from the Nigeria military, allegedly intercepted by IPOB intelligence unit, the M. Branch, the group maintained that Biafrans are the only race that will defend a visitor or sojourner against his own brother/sister, because their culture and the land of Biafra forbid injustice.

A statement released by the IPOB Media and Publicity Secretary, Emma Powerful, yesterday, and made available to newsmen in Awka, reads: “Based on the internal memo from the Nigerian military, intercepted by IPOB intelligence unit, the M.Branch, we the global movement and family of the IPOB, led by Kanu, wish to reiterate, for the umpteenth time and assure all non-Biafrans resident in Biafra land, as well as the general public, that IPOB has no plans, whatsoever, to attack Northerners or any other non-indigenes living in the Biafran territory.

“The reference No. of the memo from the Nigerian military headquarters, Gariki Abuja is AHQ DAOPS/G3/240/197/1, dated 5th of May 2022 and dispatched to 82 division Enugu.

“This malicious and fallacious memo, intercepted by our M. Branch, emanating from the Nigerian military, is simply the figment of the imagination of the purveyors. We are aware of the avowed plan of the Nigerian army, together with other security agencies to instigate violence in Biafra land, as well as other parts of Nigeria, then turns around and accuse IPOB, a peaceful freedom movement.

“We saw them play this out during the Ghana- Nigerian match at the MKO Stadium in Abuja, even though they had credible intel that Fulani terrorists were planning to attack the stadium. Their intention then was to create distrust between Biafrans and Yoruba nation.

“Now they want to play the same game by this attempt to create distrust and confusion between Biafrans and Northerners living in Biafra land, with the singular aim of jeopardising and endangering the lives of Biafrans resident in Northern Nigeria.

“The Nigerian Army working in collaboration with the Department of State Security (DSS) must know that their gimmicks and antics are dead on arrival because IPOB have continued to protect non-indigenes resident in Biafra land against any form of intimidation or attack from Fulani Herdsmen.”

Amina Muhammed, the United Nations Deputy Secretary-General, has called for justice following the killing of Deborah Yakubu in Sokoto over blasphemy.

Muhammed spoke out via her official Twitter page on Tuesday, stating that religions should not be “misinterpreted to preach violence”.

“Justice must be done for the senseless, brutal killing of the young Deborah Yakubu in Nigeria. Religions should not be misinterpreted to preach violence when they promote peace.

“My prayers are with the family and for the repose of her soul,” she tweeted.

Yakubu, a second-year student of the Sheu Shagari College of Education, Sokoto, was lynched on the school premises on Thursday after classmates accused her of blasphemy.

On Monday, the Sokoto Police Command arraigned two suspects, Bilyaminu Aliyu and Aminu Hukunci, before a Chief Magistrate’s Court in the state, for their alleged participation in the crime.

The suspects pleaded not guilty to the charges while the defence counsel, Prof. Mansur Ibrahim, applied for their bail on liberal terms, citing constitutional provisions and sections of the Administration of Criminal Justice Law.

The trial judge reserved the ruling on the bail application and ordered the accused to be remanded at a correctional centre. 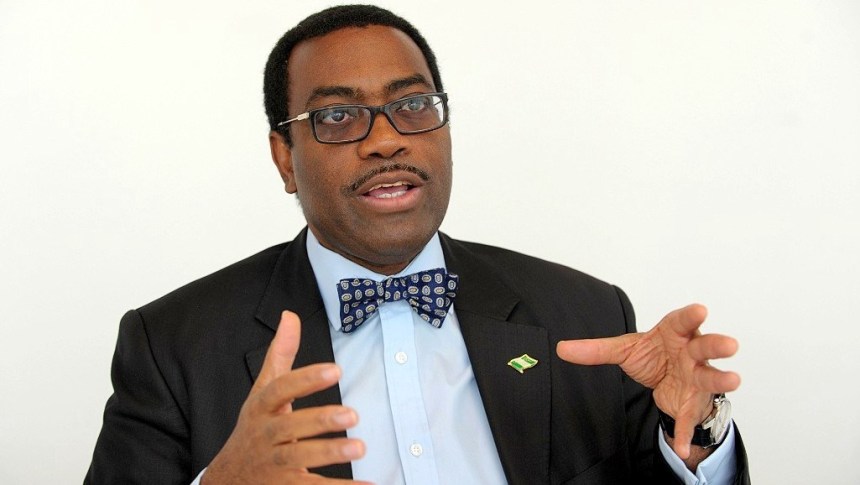 The President of the African Development Bank, Akinwunmi Adesina, will not be contesting the Presidency of Nigeria.

A support group had purchased and submitted the N100m Presidential form of the All Progressives Congress for the top banker last week.

Some had also reported that Adesina visited Mamman Daura, the influential nephew of the President, Major General Muhammadu Buhari (retd.) last week to seek his support.

But The PUNCH confirmed that Adesina will not be taking part in the Presidential screening of the APC slated for May 23.

Adesina’s office is expected to issue a statement in a few hours distancing himself from Nigeria’s partisan politics.

The AfDB regulations bar its President from partisan politics.

Specifically, Paragraph 2 of Article 38 of the agreement establishing AfDB, titled ‘Prohibition of Political Activity; the International Character of the Bank’, states that “The Bank, its President, Vice Presidents, officers and staff shall not interfere in the political affairs of any member (country); nor shall they be influenced in their decisions by the political character of the member (country) concerned.”

Paragraph 3 of the article states that “The President, Vice Presidents, officers and staff of the Bank, in discharge of their offices, owe their duty entirely to the Bank and to no other authority.”

Similarly, the AfDB code of conduct bars its executive from partisan politics. Section 10 of the Code reads: “Although Executive Directors are elected representatives of governments from their constituencies, they shall during their tenure of office as executive directors refrain from participating in active politics in their home countries or elsewhere.”

Should Adesina seek to run for the office of President of Nigeria, he would need to resign his current position permanently, a risk it was learnt the top banker was not willing to take.

There are at least 25 other aspirants running for President on the platform of the APC. 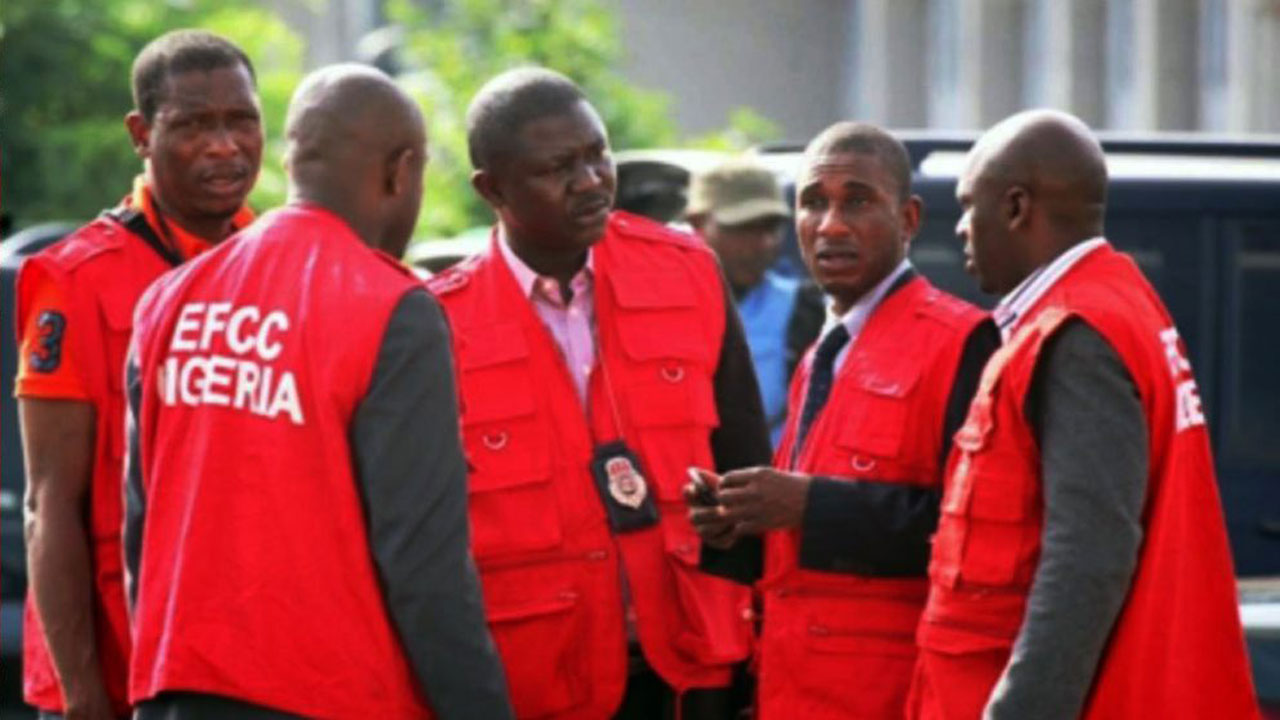 Nigeria’s Accountant-General, Ahmed Idris, has been arrested over alleged money laundering and diversion of public funds, according to a report by PREMIUM TIMES.

According to the report, Idris was intercepted in Kano by operatives of the Economic and Financial Crimes Commission (EFCC) on Monday evening and flown to Abuja, the nation’s capital, for interrogation.

Sources said the EFCC has for sometime now been investigating a case of diversion of at least N80 billion in public funds which was allegedly laundered through some bogus contracts.

The companies used in laundering the funds have allegedly been linked to family members and associates of the accountant-general, investigators said.

The sources further said that after progress was made in the investigation, Idris was summoned repeatedly for interrogation but he failed to honour the invitations.

“We kept inviting him but he kept dodging us,” one of our sources said. “We were left with no choice than to keep him under watch and arrest him.”

However, a top EFCC confirmed the development but asked not to be named because he had no permission to discuss the matter with the media.